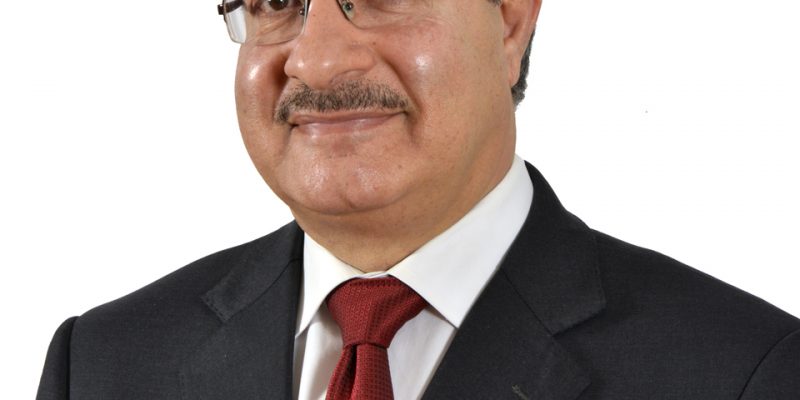 MANAMA, BAHRAIN – 20 January 2018 – Ithmaar Bank, a Bahrain-based Islamic retail Bank, said the Kingdom has taken a major leap towards transforming itself into a cashless society with the introduction of the National Electronic Wallet Payment System, BenefitPay, and urged its customers to try the easy, secure and revolutionary alternative to cash.
BenefitPay, a joint initiative of the Central Bank of Bahrain (CBB) and the Benefit Company (Benefit), enables purchases via smart phones through a special application. The application enables customers to pay using registered debit cards, the features to be made available shortly include payment using credit cards, prepaid cards and bank accounts. The first of its kind solution, which was launched in July, is the latest milestone in the CBB-led charge to transform Bahrain into a cashless society with the involvement and support of local banks and financial institutions.
“Ithmaar Bank has long played a pioneering role in the establishment and subsequent development of Islamic banking in the region, and we are pleased to work together with the CBB, as well as banks and other financial institutions like Benefit, to reinforce Bahrain’s position as a key regional banking and finance hub,” said Ithmaar Bank Chief Executive Officer, Ahmed Abdul Rahim. “The BenefitPay solution is a perfect example of this very type of cooperation, and the pronounced effect it can have on our industry,” he said.
BenefitPay streamlines payments by allowing consumers and merchants to eliminate both cash and cards and instead use a smartphone application to pay for purchase electronically, securely, and immediately. BenefitPay is currently available at select stores and the participating merchant list is quickly growing. It enhances convenience for both the buyer and the seller.
“This revolutionary technology could go long way towards transforming Bahrain into an efficient, cashless economy,” said Abdul Rahim. “It is both safe and easy to use, and could well redefine the way we shop and even how we interact with cash. To fully realize this great potential however, customers will need to start using the app for themselves,” he said.
Ithmaar Bank, which operates one of the largest retail banking networks in Bahrain, has long played a key role in promoting the CBB-led vision for a cashless society. In January, for example, Ithmaar Bank formally launched Bahrain’s first ever mobile payment solution, EasyPay, in partnership with Batelco and Arab Financial Services. The solution, which was first announced in 2016, uses secure Near Field Communication (NFC) tags to eliminate the need for cash or cards by allowing customers to shop simply by tapping their mobile phones at Point of Sale (POS) machines.
In 2015, in line with CBB Directives, Ithmaar Bank introduced the Electronic Funds Transfer System (EFTS), a country-wide system that allows customers to move funds, electronically, between banks in Bahrain. The pioneering system, which consists of the Fawri, Fawri+ and Fawateer solutions, allows customers to make near real-time fund transfers easily and for free
or at a very low cost, as well as pay their telecom, utility and other bills. In 2015, Ithmaar Bank also announced that it is providing its award-winning card-less cash solution, MobiCash, to customers without a service charge. MobiCash, which was launched in 2012, is Bahrain’s first, and still only, card-less cash withdrawal system and allows customers access to Ithmaar Bank Automated Teller Machines (ATMs) using their mobile phones or computers.
-Ends –