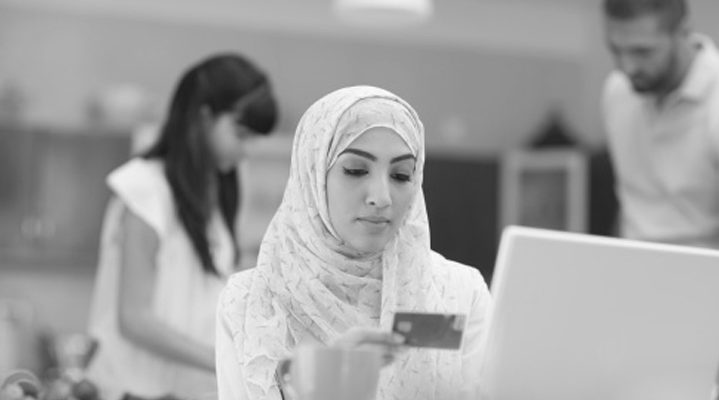 The announcement, by Ithmaar Bank Chairman His Royal Highness Prince Amr Al Faisal, followed the review and approval, by the Board of Directors, of the Bank’s consolidated financial results for the year ended 31 December 2013. The results include a loss, for the quarter ended 31 December 2013, of BD25.4 million, against a loss of BD4.2 million for the same period last year.

“On behalf of the Ithmaar Bank Board of Directors, I am pleased to share certain strategic decisions taken by the Bank in early 2014 aimed at significantly transforming the Group’s operations,” said HRH Prince Amr. “Key decisions include the full conversion of its subsidiary Faysal Bank Limited Pakistan’s (FBL) remaining conventional operations to Islamic banking, subject to approval from FBL shareholders and the regulators; and cost rationalization measures across the Group,” he said.

“The positive story for 2013 is that total income for 2013 mainly comprises increased recurring income, though this was impacted by margin compression in FBL, whereas 2012 income included certain one-off items,” said HRH Prince Amr.

“The Bank recognized prudent impairment provisions on its investment portfolio and simultaneously pursued aggressive recoveries of non-performing assets which resulted in provision write backs,” said HRH Prince Amr. “The impairment provisions for 2013, of BD30.9 million, represent a 51.9 percent increase as compared to BD20.4 million for 2012,” he said.

“One of the key initiatives to further improve the Group’s performance is to enhance the monitoring of non-core assets and to initiate effective remedial measures leading to the accelerated recovery of non-performing assets,” said HRH Prince Amr. “This is in addition to the orderly exit from our investment portfolio which continues to be high on our priorities,” he said.

“One of the major factors impacting the performance of the Group for this year is the significant reduction in benchmark profit rates in Pakistan,  coupled with increased minimum profit rate on certain liability products resulting in significant margin compression in FBL,” said HRH Prince Amr. “The Bank’s operating income of BD75.4 million in 2013 is 13.9 percent lower than that reported for 2012, mainly due to the significant compression of margins in FBL,” he said.

“Total expenses, however, are under control despite the increased number of branches of the Group by five in 2013, and the full year impact in 2013 of nine branches opened during 2012,” said HRH Prince Amr. “The new cost rationalization measures will further improve the efficiency ratio in future,” he said.

“The Bank continued to invest heavily in developing its products and services, on expanding its retail banking network and on improving its customer service offerings,” said Abdul Rahim. “The Bank continues to grow closer to its customers, listening closely to their needs and providing tailored financial solutions,” he said.

“Technology and internal controls are the backbone that support business growth,” said Abdul Rahim. “The Group continues to invest in further enhancing systems and controls, and is implementing new solutions for risk, anti-money laundering, core banking, and others,” he said.

“In Bahrain, Ithmaar Bank now has one of the Kingdom’s largest networks with a total of 17 branches and 47 ATMs in strategic locations, and FBL, with its 269 branches, is amongst the top 10 banks in Pakistan,” said Abdul Rahim.

Ithmaar Bank introduced 7esabi, an innovative savings account exclusively for youth; launched the first Islamic segmented MasterCard Debit Cards in Bahrain and signed a key agreement to allow anyone with a globally-issued MasterCard credit or debit cards, to use Ithmaar ATMs.   Ithmaar Bank also introduced an education finance solution to help parents manage the financial commitments required for their children’s education, and further improved and re-launched its popular prize-based savings account, Thimaar, with bigger prizes and more winners.  Thimaar, which offers customers a chance to win one of 3,000 prizes a year totalling more than US$2,000,000 for every BD50 deposited, also provides free life cover as well as anticipated monthly profit. Ithmaar has also recently launched Premier Banking targeting high net worth individuals.